(Natural News) After filing a Freedom of Information Act request with the Washington State Fusion Center in an attempt to gather information on Antifa and white supremacist groups, journalist Curtis Waltman surely wasn’t expecting to receive a mysterious zip file on “psycho-electric weapons,” yet, oddly enough, this is exactly what happened.

As reported by the Daily Beast, according to Muckrock, which is a nonprofit organization that publishes government information obtained through FOIA requests, these so-called mind-control documents originated from the Washington State Fusion Center in the form of a zip file titled “EM effects on human body.zip,” which included diagrams showing the horrors of “psycho-electronic weapon effects.”

For instance, one of the diagrams lists several different forms of torture that can be brought about through the use of remote mind-control methods, including “forced memory blanking,” “sudden violent twitching inside eyelids,” “wild flailing,” and even a remotely induced “forced orgasm.” While it’s not exactly clear how the documents ended up mixed in with the others included in the response to the FOIA request, there was reportedly no evidence supporting the notion that the “remote mind control” files came from any existing government program.

While the files are sure to get the minds of conspiracy theorists going into overdrive, Muckrock made it clear that the images most likely are not government material: “One seems to come from a person named ‘Supratik Saha,’ who is identified as a software engineer, the brain mapping slide has no sourcing, and the image of the body being assaulted by psychotronic weapons is sourced from raven1.net, who apparently didn’t renew their domain.”

Included in the file were bizarre and even creepy images such as the ones depicted below: 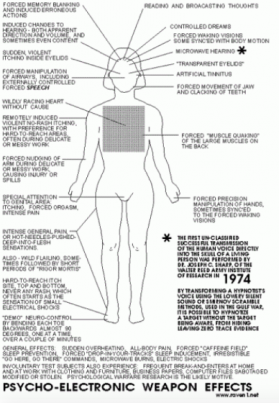 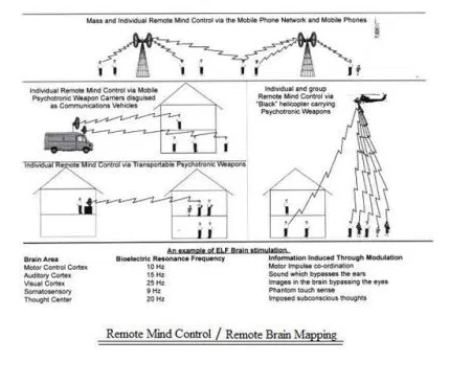 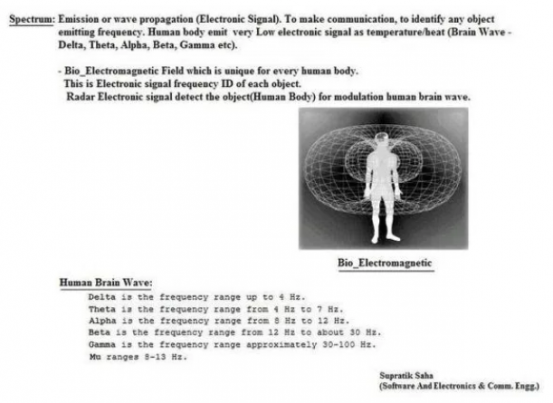 But while this particular file may not have originated from a credible source, the fact of the matter is that mind-control is alive and well in America, not through the use of “psycho-electronic weapons,” but through the mainstream media, Hollywood, and even inside of the classroom. (Related: The purpose of the mainstream media is thought control and suppression of the truth.)

Back in 2011, conservative commentator and author Ben Shapiro published a book titled “Primetime Propaganda: The True Hollywood Story of How the Left Took Over Your TV” which, according to its description, “is the story – told in their own words – of how television has been used over the past sixty years by Hollywood writers, producers, actors and executives to promote their liberal ideals, to push the envelope on social and political issues, and to shape America in their own leftist image.”

As an example, Shapiro notes in his book that Sesame Street has been used many times in the past to advance the progressive agenda. One of the show’s founding executives, a man by the name of Mike Dann, admitted to using Sesame Street to address “conflicts arising from racial and ethnic diversity” and even to highlight peaceful alternatives to war in the weeks and months following the terrorist attacks that occurred on September 11, 2001. If you put yourself in the shoes of a young person consuming these types of messages, it really isn’t farfetched to argue that this, in and of itself, is a form of liberal mind control.

Of course, it’s not just Sesame Street and Hollywood; indeed, much of this sort of left-wing brainwashing occurs inside of the classroom. Websites like CampusReform.org, TheCollegeFix.com, and of course Natural News routinely report on stories of professors that indoctrinate their students with extreme anti-conservative or pro-liberalism messages. The minds of our young people are being molded to conform to leftist principles, and the vast majority of them don’t even know it.