(Natural News) I’m saying prayers tonight for all those innocent people in New York who were killed or injured by today’s ISIS terrorism attack. I also wonder at what point the deranged left-wing media will stop denying the existence of radical ISIS terrorism in America.

What deranged terrorist Sayfullo Saipov carried out today in NYC — after being allowed into the United States under Sen. Chuck Schumer’s “Diversity Visa” program —  is merely an extension of what Leftists across social media and the mainstream media have been preaching since the day Donald Trump got elected President:

As I wrote a year ago in an article entitled, “America cannot HEAL until we stop the left wing media HATE“:

[T]he left wing media is now the single greatest cause of psychological stress and mental illness in America. While Hillary Clinton’s campaign slogan was “Stronger Together,” the mainstream media has decided to pursue a campaign of division, sabotage and hate… It’s now obvious to me that America cannot HEAL until we stop the left wing media HATE machine … the presstitutes obediently play their twisted roles in deceiving and psychologically traumatizing American voters to achieve the political goals of their puppet masters.

If this truck terrorism attack had targeted Trump supporters, Leftists would be celebrating it as a great victory

Let’s be honest about this NYC truck terror attack. If it had taken place in a town full of Trump supporters, many members of the deranged Left in America would be celebrating this attack. Kathy Griffin, after all, already showed the world what she really thinks should happen to Donald Trump and his supporters. She might as well be driving the truck herself: 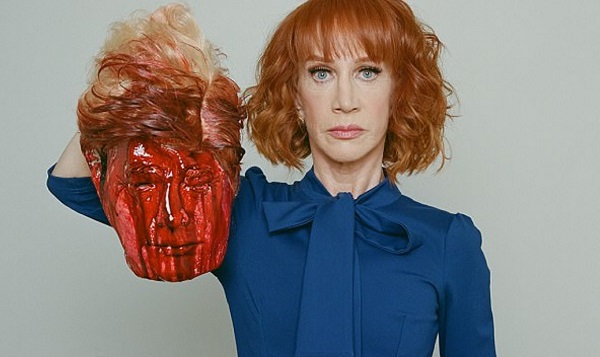 Remember: Left-wing ideology in America now almost perfectly mirrors the anti-American hatred, viciousness and homicidal intentions that were just demonstrated by a deranged ISIS terrorist who killed innocent people in order to make a political statement. That intention is identical to the philosophy of the political Left in America today which believes in using death, violence, intimidation and bullying to achieve their own political goals (at any cost). Leftism, in other words, has morphed into a kind of cult-like political fundamentalism that abandons logic, reason, ethics and morality to achieve its desired political goals by any means.

In fact, one such group is literally called “By Any Means Necessary” and is openly calling for an armed communist revolution on U.S. soil to overthrow the Republic, execute all conservatives and install a communist regime to power. This left-wing group, dubbed “BAMN,” simply labels all its political opponents as “fascists” then declared “Kill all the fascists!”

Their logic, of course, is identical to the logic of the Third Reich. 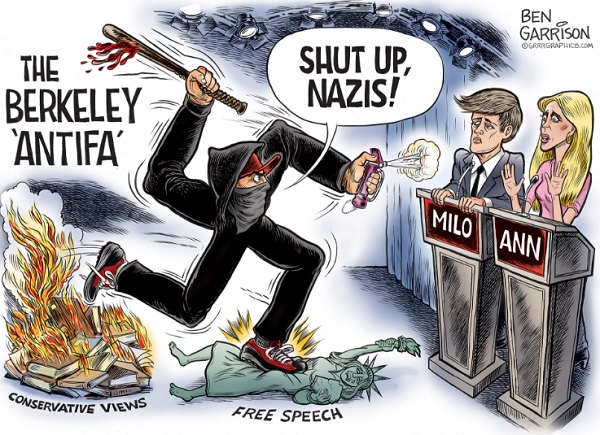 Conclusion: The left-wing media is engaged in “journo-terrorism” … and deranged left-wing cultists have been transformed into violent extremists inspired by ISIS tactics

Nearly a year ago, I coined the term “journo-terrorism” to describe the left-wing media’s deliberate effort to push hatred, intolerance and violence across America.

Now, attacks like today’s truck terrorism in NYC show the fruits of the media’s insidious efforts. As I wrote last year:

These people are, of course, clinically delusional. Their minds have been programmed with so many layers of disinformation and fear that they can no longer recognize the difference between what’s real vs. fiction. They are trapped in a mental prison of fear, carefully constructed by the leftist media for the sole purpose of exerting absolute control over the psychology of the electorate.

Leftists who watch MSNBC, in other words — and Rachel Maddow in particular — have been swept into an orchestrated psyop (psychological operation) that might as well be called “journo-terrorism.”

The key terrorists in this propaganda assault on the American psyche include not just Rachel Maddow but people like Michael Moore, Anderson Cooper and George Stephanopoulos. Each of these people is, in their own way, simultaneously an info-terrorist and a social engineer.

Their job in the leftist ecosystem of psychological warfare is to unleash vast fields of mental landmines that innocent American stumble into, setting them off and blasting apart their cognitive constructs. Once the old belief systems are eliminated, new beliefs are inserted through “info-doctrination” — i.e. repeated, daily news streams consisting of fear and lies that create “trigger conditions” in the minds of those being hypnotized.

It’s fascinating that planting actual land mines on battlefields is often considered a “crime against humanity,” but when journo-terrorists plant cognitive land mines across the psychological battlefield of America, it’s all “fact checked” into reality by Politifact, Snopes or the Washington Post. Suddenly the land mines are perfectly acceptable to the leftists. It is these land minds that are right now responsible for the massive psychological trauma being experienced by the crying, wailing leftists whose brains have been shattered by journo-terrorism from MSNBC, CNN, the NYT, the LA Times and so on.

According to the Left, the only thing wrong with the NYC terrorism attack is that it targeted the wrong people

The left-wing media, of course, doesn’t really want the violence to end at all. They just want it to be redirected at President Trump and his supporters. After all, the Left in America today openly endorses violence, encourages violence, fantasizes about violence — remember Madonna saying she dreamed about blowing up the White House? — and frequently carries out violence against their political enemies. The only thing they really regret about the NYC terrorist attack is that, in their minds, the wrong people were mowed down.

If the dead had all been Trump supporters, left-wing media reporters would be portraying Sayfullo Saipov as an American hero “victim” who was forced to fight back against the “system of oppression and injustice” that white people have constructed for America, you see. That’s their logic, and that’s how deranged and dangerous the left-wing media has actually become to us all. According to the Left, terrorism tactics are perfectly okay as long as they kill the “right” people, you see.

Read more truth about the Left’s hatred and violence at Intolerance.news.