(Natural News) In a twisted, almost demonic effort to equate patriotism with the murder of unborn babies, Hollywood celebrities are now openly touting Planned Parenthood T-shirts that read, “United We Plan” alongside patriotic imagery (which seems especially odd, given that nearly all of these people hate the American flag and despise patriotism).

Their “United we Plan” slogan seems truncated, so we’ve added the rest of the message in our mock-ups below: “To murder babies.” This is the message they really believe in, after all. Their T-shirts should complete the thought.

This is the sickening, twisted messaging of Planned Parenthood these days: To murder unborn children is portrayed as patriotic. Somehow, taking the life of an innocent child is a celebration of “women’s choice.” It is with this twisted, delusional self-deception that Planned Parenthood CEO Cecile Richards recently declared “every person has the right to live” in an absurd defense of DACA, utterly failing to realize how her organization is in the business of ending the lives of minorities.

It never ceases to amaze me how Leftists can literally celebrate murder, death, pain and suffering… all in the name of joy, freedom and “tolerance.” (Read Abortions.news to stay informed on this issue.)

It’s time to end all taxpayer funding of abortion. If people want to get abortions, taxpayers shouldn’t have to subsidize such life-ending medical procedures just to appease twisted, sicko abortion celebration cultists who think it’s joyful to murder an unborn child. 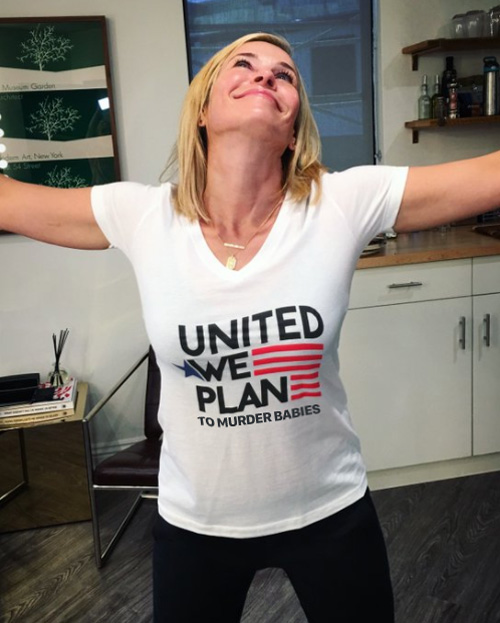 It makes us wonder: Do these Hollywood Leftists have no idea that the founder of Planned Parenthood was a black-hating racist who called black people “weeds” who should be “killed in the womb” in order to prevent them from living? If you don’t know the real history of Margaret Sanger, you need to read this Truthwiki entry right now.

And watch the trailer for Maafa21 below.