(Natural News) SECURITY ALERT: For the last 48 hours, Natural News has been subjected to a large-scale, extremely well-funded DDoS attack that caused intermittent outages of site availability. The attack began shortly after Natural News linked to this White House petition demanding an end to legal immunity for the vaccine industry.

No ransom demands were received. No warnings were given. This was not a profiteering scheme; it was a “destroy” mission, plain and simple.

To defend against the attack, additional defenses were put in place while a firewall upgrade took place, including browser challenge logic that deflected 90% of the DDoS attack traffic. The firewall upgrade means that attacking parties will now need to expend significantly more resources to interfere with Natural News traffic in the future.

Natural News app traffic was not affected, and the mobile app remains the best way to receive Natural News posts without interference. The app is available on Android (Google Play) and iPhone platforms (iTunes).

Natural News believes the attack was masterminded in part by the CDC, a known criminal organization and pillar of the deep state that functions as the vaccine propaganda branch of the pharmaceutical industry. The CDC already uses taxpayer money to push vaccine propaganda through pop culture outlets (movies, TV shows, sitcoms, etc.). CDC cohorts include the international fugitive from justice known as Poul Thorsen, a fraudulent researcher who used CDC money to fake safety studies claiming to show thimerosal is safe to inject into children. See the story Key CDC scientist who downplayed vaccine-autism connection is now fleeing from justice.

Click here for a PDF document detailing the web of lies, deceit and criminality involving the CDC, Emory University, Merck, GlaxoSmithKline and the vaccine industry. 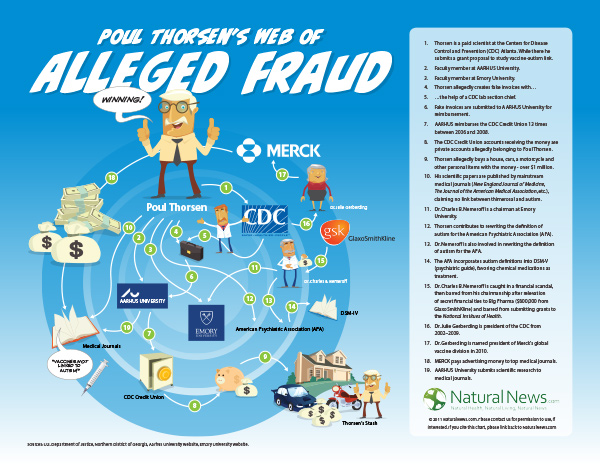 The CDC is run by a Major in the U.S. Air Force, which also runs Cyber Command

The CDC is a military organization run by an Air Force Major known as Dr. Brenda Fitzgerald, M.D. She served at the Wurtsmith Air Force Strategic Air Command (SAC) Base in Michigan and at Andrews Air Force Base in Washington, D.C. Why is this significant? Because the United States Air Force runs Cyber Command, an infrastructure engineered to carry out acts of cyber warfare against intended targets.

Photo of the CDC director in full Air Force uniform: 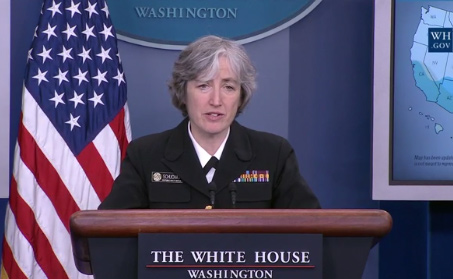 According to the analysts at Stratfor:

The U.S. Air Force began the shift to a major command devoted to cyberwarfare operations Sept. 18 with the creation of a provisional Cyber Command. Though organizational in nature — the Air Force already deals extensively with cyberwarfare — the shift nevertheless marks a significant move toward making the military exploitation of cyberspace operational.

The official site of the U.S. Air Force Cyber Command is the 24th Air Force site.

With the CDC functioning as the propaganda and enforcement wing of the vaccine industry, and the CDC now headed by a Major in the U.S. Air Force which runs cyber attacks against targeted enemies, it wasn’t difficult for Natural News to put the pieces of this puzzle together and realize the CDC is likely behind the DDoS attacks targeting Natural News.  In exactly the same way President Obama weaponized the IRS to target conservative non-profits, the CDC has been weaponized by the drug industry to silence debate on vaccines and vaccine injury.

As part of our efforts to expose the criminality and corruption of the CDC, Natural News is offering a $50,000 reward for evidence that conclusively links the CDC to cyber attacks on vaccine truth websites.

More details on this reward offer will be posted soon. If you are working inside the CDC (or with the CDC) and have such evidence, obviously do not send it to us through any channel that can be tracked by the NSA. Otherwise, you will be murdered like Seth Rich, obviously. (Not a joke.)

Now that Natural News has attained international scientific credibility with our science lab (CWClabs.com) and analytical testing of vaccines for heavy metals, we will continue to be targeted by the CDC, the pharmaceutical cartel and other nefarious actors who depend on the truth about vaccines remaining suppressed.

Your answer to all this is simple:

Thank you for all your support! We are fighting for humanity every day here at Natural News, and we will not be defeated, silenced or intimidated. They can wage cyber warfare against us, they can censor us and they can lie about us, but they cannot break our spirit of truth and freedom.

China launches top-secret reusable spacecraft
The coronavirus is spreading through the U.S. Armed Forces
Fairview Developmental Center near Los Angeles, where US govt. tried to house up to 50 infected coronavirus patients, has zero isolation rooms, no viral containment facilities and no training for BSL-4 biohazards
Survival medicine: Things to remember about tactical combat casualty care
Mainstream media unleashes tsunami of fake news, yet none of them are removed from Google News for being fake
Biofuel challenges: Some green fuels can become contaminated with the wrong microbes
Natural News targeted in massive, well-funded, multi-nation DDoS attack to silence debate on vaccines