(Natural News) In what looks like a strange attempt to placate the growing number of overweight and obese women who purchase personal care products, Ogilvy London has unveiled a new series of bottle shapes for its Dove body wash soap line that aims to cater to women of all heights and sizes – because everyone is equally beautiful, according to Dove.

As part of its ongoing “Dove Campaign for Real Beauty,” Dove launched the new bottle shapes in an effort to promote “body positivity” among women who don’t necessarily have the curves to which men are naturally attracted. To feed their illusion that being overweight or obese is completely normal, Dove will now be selling soap in bottles that are short, tall, pear-shaped, bulbous around the middle, and everything in between.

A total of six bottles are included in the “Real Beauty Bottles” marketing stunt, which Dove says will be available in the U.K. only for a limited time. The apparent goal is to walk the line of affirming actual physical beauty while also pandering to those who aren’t quite as attractive because they’re fat, which is a difficult thing for manufacturers of beauty products to achieve without alienating one side or the other.

The other aim is to break the stigma of “fat shaming” that many overweight and obese women are convinced follows them wherever they go. Rather than address their weight problems in order to change their physical form, many of these body-shameable women would rather everyone pretend that they’re just as pretty as supermodels so that they can continue living in their own little deluded realities.

“Each bottle evokes the shapes, sizes, curves and edges that combine to make every woman their very own limited edition,” Dove said in a statement. “They’re one of a kind – just like you.”

You can watch a television ad for Dove’s new “Real Beauty Bottles” online. 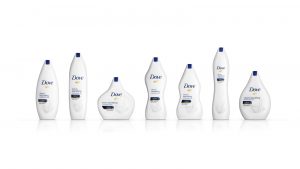 Dove’s efforts to NOT trigger obese women triggered them anyway

When Dove decided to unveil the new bottle designs, the company was clear that the goal was to help women overcome their feelings of being fat-shamed or relegated as second-class citizens. But because many of the overweight and obese women who complain about such things are easily triggered, even this latest ad campaign is drawing ire from folks all across social media.

On Twitter, one angry feminist announced in jest that “DOVE SOLVED BODY SHAMING GUYS!!!!!!! IT’S OVER1!1!1!1.” Another sarcastically joked that a Dove spokesperson crawled out of her shower drain “to tell me all bodies are beautiful and women can play sports too.” There’s just no pleasing many of these folks, in other words.

No matter how loudly women of size protest about the way they’re supposedly treated by society, the truth of the matter is that they only have themselves to blame for not doing something about their weight. No amount of pretending fat women look just as good as non-fat women will ever change this fact, nor will feeding the delusions of the obese, many of whom are at risk of chronic disease and death due to their unhealthy size.

Women in need of weight-loss assistance should be getting just that, not the false reassurance that they’re just fine and that society is to blame for not accepting them as it does people of a normal size. This only perpetuates a false sense of happiness that quickly fades once these women realize that they were duped – or worse, after they develop a serious health condition that could have been prevented had they simply lost weight.

Previous :Neil deGrasse Tyson demands “science totalitarianism” across America, says anyone who disagrees with him is automatically “anti-science”
Next : LAPD convinces citizens to surrender their self-defense firearms in exchange for TARGET gift cards
Receive Our Free Email Newsletter