(Natural News) If you want to know just how dangerous Big Pharma’s toxic drugs really are, the headline photo for this story reveals the before and after status of a 26-year-old Georgia student whose skin was 90% “melted off” after using a GlaxoSmithKline anti-seizure medication, according to her own testimony.

The woman joins many others who are now suing GSK for millions of dollars in medical costs over horrifying damage caused by dangerous medications (all approved by the FDA, of course). The corporate-controlled U.S. press refuses to cover these stories in order to protect the profits of their Big Pharma drug cartels. Big Pharma sellout rags like the Washington Post or The Atlantic even pretend that all vaccines are safe and have never harmed a single child, if you can believe that.

The student shown in this picture is named Khaliah Shaw, and she was prescribed an anti-seizure medication known as Lamotrigine. Just weeks after taking it, all her hair fell out and up to 90% of her skin had fallen off, reports the UK Daily Mail. She was in excruciating pain and had to be put into a medically-induced coma by doctors just to manage her endless pain. As the UK Daily Mail reports:

The reaction left her skin permanently scarred, and she is slowly losing her sight.

Now, she and many others are suing GlaxoSmithKline for promoting the product without warning of the risks, claiming more than $3.45 million in medical costs.

It comes five years after the company shelled out $3 billion in lawsuit for failure to report the drug’s risks – before Shaw’s incident.

‘This did not have to happen,’ Shaw, who lives 30 miles outside of Atlanta, told 11Alive.com. ‘This was not just some sort of fluke in my opinion. This happened as a directly (sic) result of somebody’s error.’

…When the student woke up five weeks later, she was shocked to find she could not see and was breathing via a tracheotomy. She had lost all of her hair and her fingernails had all fallen off.

She was reportedly later told she had also lost a whopping  80 to 90 per cent of her skin.

…She also started to suffer from seizures, which ‘were a result of being heavily sedated for a long period of time’, her blog states. Doctors arranged for her to undertake physical and occupational therapy.

…Lamotrigina, the generic of the drug Lamictal, is approved in the US for the maintenance of bipolar disorder. The medication is also approved for the treatment of partial seizures in epileptic patients.

Remember, this all happened after taking an FDA-approved medication that doctors and pharmaceutical pushers claim is “proven safe” according to the highest standards of so-called “evidence-based medicine.”

Here’s a photo of Klaliah before her ordeal with the anti-seizure medication: (photo credit Fox 5) 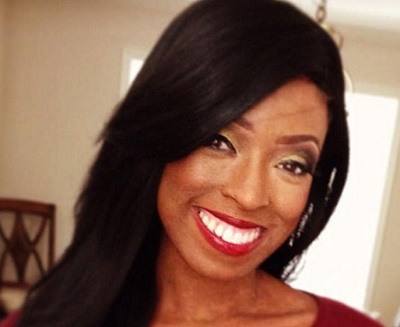 Here’s a photo of her in the hospital, after suffering the loss of up to 90% of her skin: 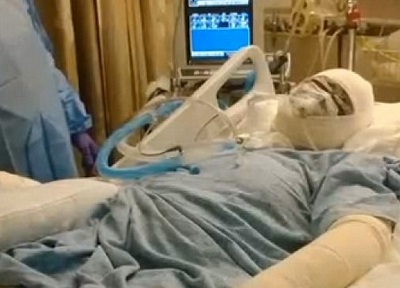 And here’s Khaliah after surviving her ordeal, on the road to recovery: 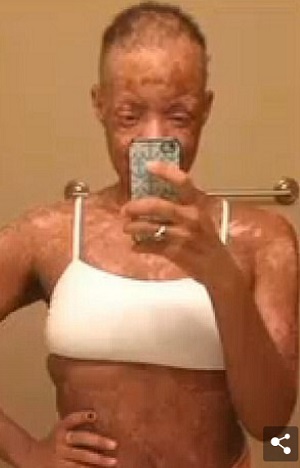 Learn more about Khaliah Shaw at her website link.

The FOX LA news network initially covered the story with detailed pictures and an account from the victim, but Natural News has now confirmed that the news network pulled the story from the web, apparently bowing to the interests of the pharmaceutical industry that strong-arms all corporate-run media in the United States to blacklist stories about dangerous medications or vaccines.

The original URL where this story appeared on FOX LA (but has since been removed) is:

Can you imagine the global outcry if an herb or vitamin caused the skin to fall off even ONE person? Yet the entire corporate-controlled media pretends none of this is happening because reporting on these medication victims would harm the profits of the drug giants that now provide up to 70% of the ad revenues for publishers like the Washington Post, which also pushes vaccine propaganda that murders children for profit.

The oldstream media, you see, has no interest in blowing the whistle on people who are harmed by dangerous drugs. Instead, they want to pretend that vitamins are dangerous and need to be regulated… even while children and adults are being routinely maimed, disfigured and even killed by dangerous pharmaceuticals and vaccines.

Follow more news about the real dangers of modern medicine at DangerousMedicine.com.