(Natural News) Machines that measure gravity’s pull on the human body have been declared “intolerant” by Carleton University, which decided to pull all body weight scales from its gym in order to avoid “triggering” snowflake students.

As reported by CBC news (Canada):

The paper quotes one student as saying, “Scales are very triggering” for people with eating disorders.

“Next it will be the mirrors. #bringbackthescale,” wrote one Carleton student on Facebook, while another said online, “Are you for real, Carleton? What a sick joke.”

The university’s decision to declare gravity to be “intolerant” is, of course, entirely predictable given academia’s mission of teaching students to believe in “feelings” rather than the laws of nature.

As witnessed by the science-obliterating “climate change” cult also being widely taught in today’s universities, what matters in government-contorted science education is not getting the right answer but feeling like you’ve sufficiently conformed to the socially acceptable delusions of your obedient, brain-damaged peers.

The problem, of course, with abandoning reality and replacing it with “feelings” is that feelings can always be hurt in yet another offensive way nobody thought of before… especially if you’re an intolerant, psychologically fragile libtard snowflake who gets “triggered” by machines that measure gravity’s pull on your body mass. As a perfect example of this, the wellness programs manager at the university, a LIFE FORM named Bruce Marshall (we can’t assume its gender, can we?) explained why gravity sucks for university wellness programs:

“If you need a number to focus on in regard to reaching certain fitness goals we suggest using girth measurements. You can start by recording measurements in multiple areas, for example your torso, hips, chest, legs and arms. You would then revisit these measurements after a few weeks to keep tabs on your progress.”

Why stop with gravity? Universities should also ban NUMBERS and WORDS because those can be offensive, too

Ah yes, but what happens when students using measuring tapes are triggered by the girth of their own hips? Aaargh!

The answer, of course, is to BAN ALL NUMBERS, including those on measurement tapes. All measuring tapes handed out at universities shall henceforth be BLANK, as shall all the minds of the students and faculty…

That’s the ultimate goal of academia’s contorted collision with social justice f##ktardery, you see: The complete banning of integers, words, gravity, logic and reason. (Who says $100,000 in student debt wasn’t worth it?)

They’re also banning words, too, because words can trigger people. That’s the new education system: Ban all numbers, and words, and laws of physics. Then declare yourself to be the “intellectual elite” because you’re obviously cognitively superior to those who never went to college and therefore didn’t earn your degree in “F##ktardery Studies.”

With all numbers banned, and gravity banned, and intelligent, rational thinking banned, everyone will finally be safe … and progressive, libtard student snowflakes can finally crawl back into the wombs of their mothers to return to that ultimate “safe space” from which they were first triggered in a sickening episode called “birth” — which, even now, is being called a horrible thing because it means a courageous abortion wasn’t committed first.

Reality, you see, is just too damn offensive for students — and university faculty — to handle anymore. From this day forward, their efforts shall be refocused on stripping away every objective reminder of a real world that exists outside their delusional, fantasy land bubbles where unicorns fly through the air, propelled by magical farting rainbows and government-approved “safe space” university zones where social justice feelings reign supreme over the laws of physics.

To all crybully snowflake college students who are “triggered” by reality, here is your entire education summed up in one illustration: 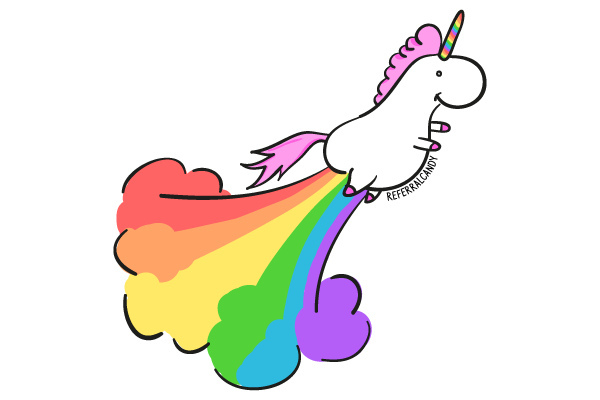 Previous :Google to start flagging content found to be “offensive” by crybully snowflakes who are triggered by reality
Next : “Fact-checkers” don’t know the real facts about history, medicine, economics, politics or science
Receive Our Free Email Newsletter

On ‘View,’ Chelsea Handler brags about ‘assaulting’ conservatives in airports
Black lives bullying works! Woman who was viciously screamed at by hate-filled mob says she supports BLM
CNN exposes Democrats as crybaby losers who threaten retribution whenever they don’t get their way
Disgraced cyclist Lance Armstrong goes “woke,” cancels bike shop’s contract with Austin police
Don’t look now, but “misgendering” is now an “act of violence,” meaning Leftist punishment for this heinous “crime” is coming next
Professor put on leave after students are offended by Chinese word that sounds like N-word
Professors are having their careers threatened for supporting “Back the Blue” rallies
Protesters put Trump doll in mock guillotine – and no Democrats denounce the violence
Transgender: Dictionary.com slashes women
Cuban-American business owners to Black Lives Matter activists: “You are acting like the mafia!”